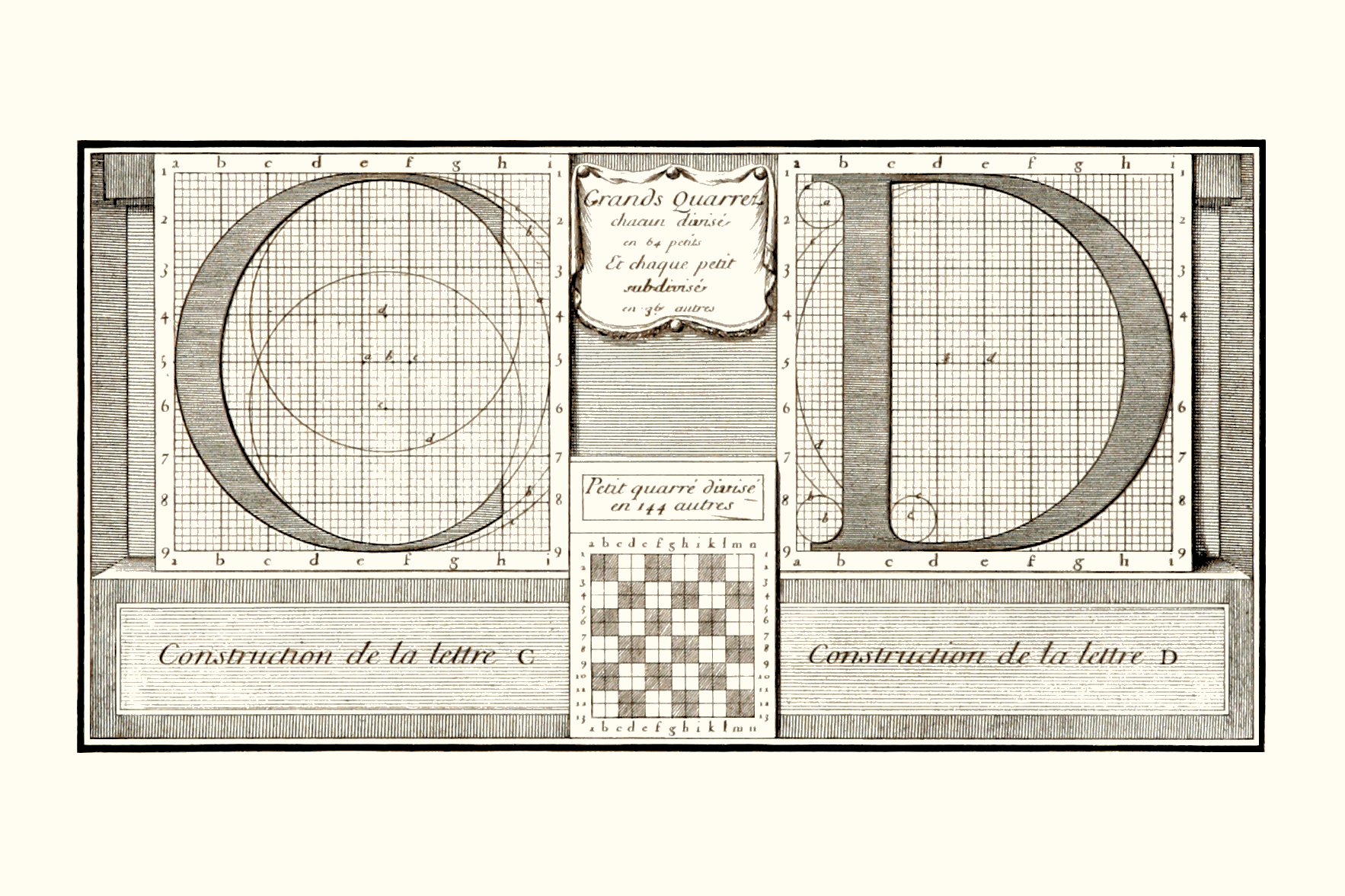 Have you ever found yourself in a situation, where you were describing your design process, and when you started talking about the fonts you have used, you suddenly felt like a flat-earther at an astrophysicist party? Or perhaps the opposite is true: when you hear anyone say font anywhere near you, you start fantasising about tattooing I don’t know what a font is in Comic Sans on their forehead? It’s hard to argue that there is some confusion considering the proper usage of these terms. It is actually bad enough, that some experts advise not to bother, and use whichever term you prefer. This solution, obviously, will not fly on this blog. If any of you, like me, cannot sleep at night until you find the proper way of saying things, you can rest easy. In this article we shall get to the bottom of the typeface – font debate, and, hopefully, find a satisfying solution.

First, let us have a brief look at history. Both terms, typeface and font are a legacy of a time, when nobody dreamed about graphic apps, text editors, web type or computers for that matter. During the better part of the last five centuries, most of our writing was perpetuated by print. Print meaning pressing a set of metal type, covered in ink against a sheet of paper (forget about computers… even printing today means something else). A type (also called a sort) is a block of metal, usually an alloy of tin, led and antimon. It has a glyph embossed on one side. This side is the face of the type. A type-face. It is created through a painstaking process, consisting of several separate steps:

Side note: you can watch the whole process in a great series of videos available here.

As you can see a glyph has a long way to go before it reaches the paper. It has to pass through at least four different media, before the process is complete, all the while preserving, with great detail, its shape. It is then quite obvious that it is this shape, and not all the media, that is really important here. And a series of such shapes, containing, preferably, the whole alphabet in lower and upper case along with some punctuation and numerals we call a typeface. No matter what material form it currently occupies. A typeface is the design behind the letterforms.

So where does a font come into all this? At the very end actually. After all the glyphs of a typeface are cast as type of certain size, a font is born.

Paul Renner’s Futura is a typeface.

Futura 8pt is a font.

Of course everything gets complicated, when we add computers to the mix. DTP and text editing apps have inherited the vocabulary of analog era typography, even though they operate in a completely different technological space. And so it happened that files containing the glyphs of a typeface were christened as fonts. Quite logically menus allowing you to choose your preferred text appearance, which involved switching between font files prompted you to pick a font. Most people at that time were not familiar with the hermetic language of type professionals, so, naturally, they assumed that the correct name for a specific text style is a font. And hard to blame them. After all, even one of the most popular typeface design apps has been named Fontlab (!).

Still, even though the term typeface has no technical meaning anymore, it continues to be used. After all, when we talk about people actually using Fontlab, we call them typeface designers (type designers for short), not font designers.

All of this created an enormous amount of confusion, with type-savvy people trying in vain to turn the tide. I can attest how frustrating it is to try to explain what you do to someone from outside the industry. “So you draw them fonts, eh?” The important thing to remember though, is that even if technology has changed, the principles remain the same. And so a typeface stands for the design, a font describes its software representation. So when Robert Slimbach draws a set of glyphs for Garamond in Fontlab, it’s a typeface. But when you buy an OTF file of the same Garamond, by the same Robert Slimbach, you then have a font.

There is some additional confusion stemming from the fact, that a typeface can possess many styles. Here’s what Wikipedia has to say about it:

The distinction between font and typeface is that a font designates a specific member of a type family such as roman, boldface, or italic type, while typeface designates a consistent visual appearance or style which can be a family or related set of fonts.

In typography, a typeface (also known as font family) is a set of one or more fonts each composed of glyphs that share common design features.

These are both excerpts from the same article. They do a great job of occluding the matter further, using the terms font family, typeface, type family interchangeably. Which is wrong. A typeface is not a font family. Just… no! Bold is a weight of a typeface, while an italic is one of its styles. A typeface with multiple weights and/or styles we call a typeface family (or a type family). Only when you use a specific file, you can talk about a font. A font family would then be a whole series of such files belonging to a relevant type family.

Garamond Semibold Italic is a typeface style with a semibold weight. It belongs to the Garamond typeface family.

I would actually advocate against using the term font family as the confusion it causes is hardly justified by its usefulness. 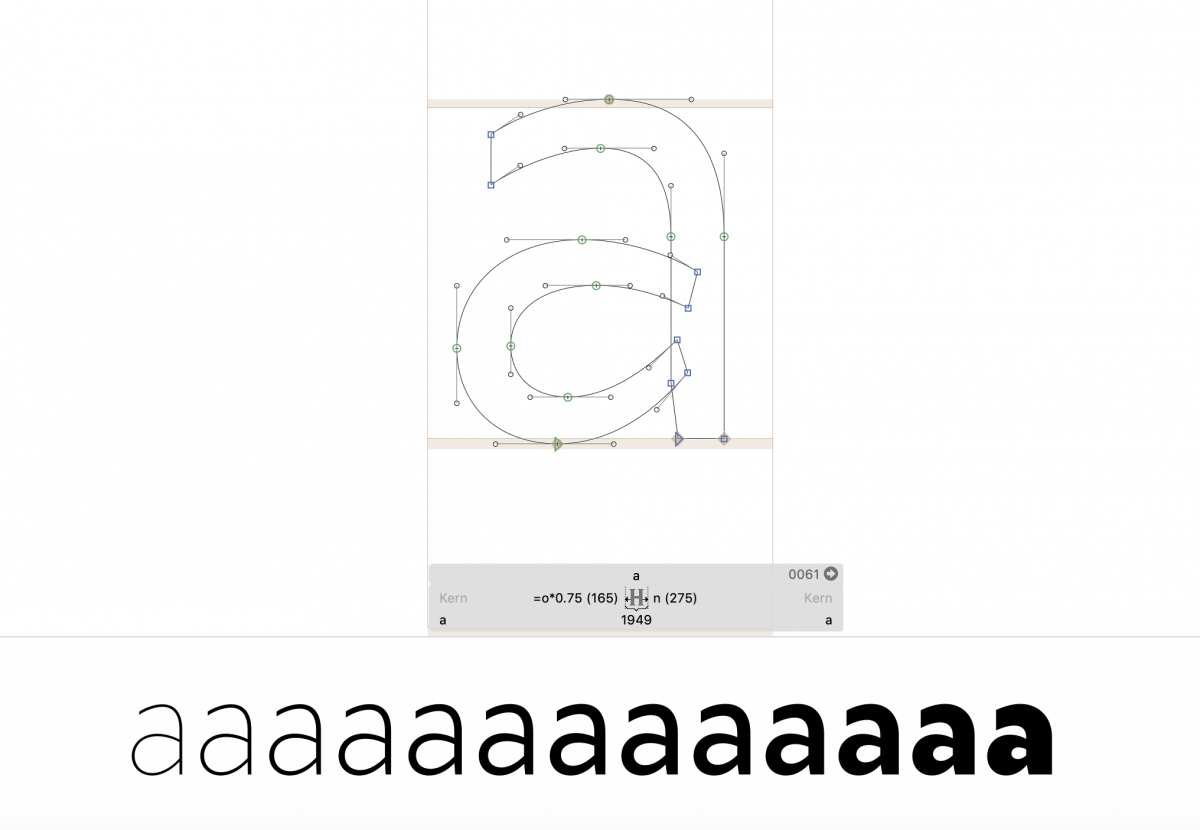 A typeface in development

We can illustrate all this information this with a simple scene. Let’s imagine you are at the office, sipping your morning coffee. You have arrived a bit early, so you start casually browsing the website of a type foundry you follow. Suddenly a new and awesome typeface catches your eye. You feel the urge to share your excitement with a colleague, sitting next to you.

“Hey Sean!” you exclaim “Have you seen this new type family?”

“I have not” says Sean, leaning over your shoulder.

“I really like what they did in Black and Black Italic styles” he announces after a while. “Oh, and that reminds me: be a good fellow, and upload the fonts we used in our last project to the server.”

You have made it through! Did you like the article? Or perhaps you disagree passionately? Either way be sure to let me know in the comments or on social media.