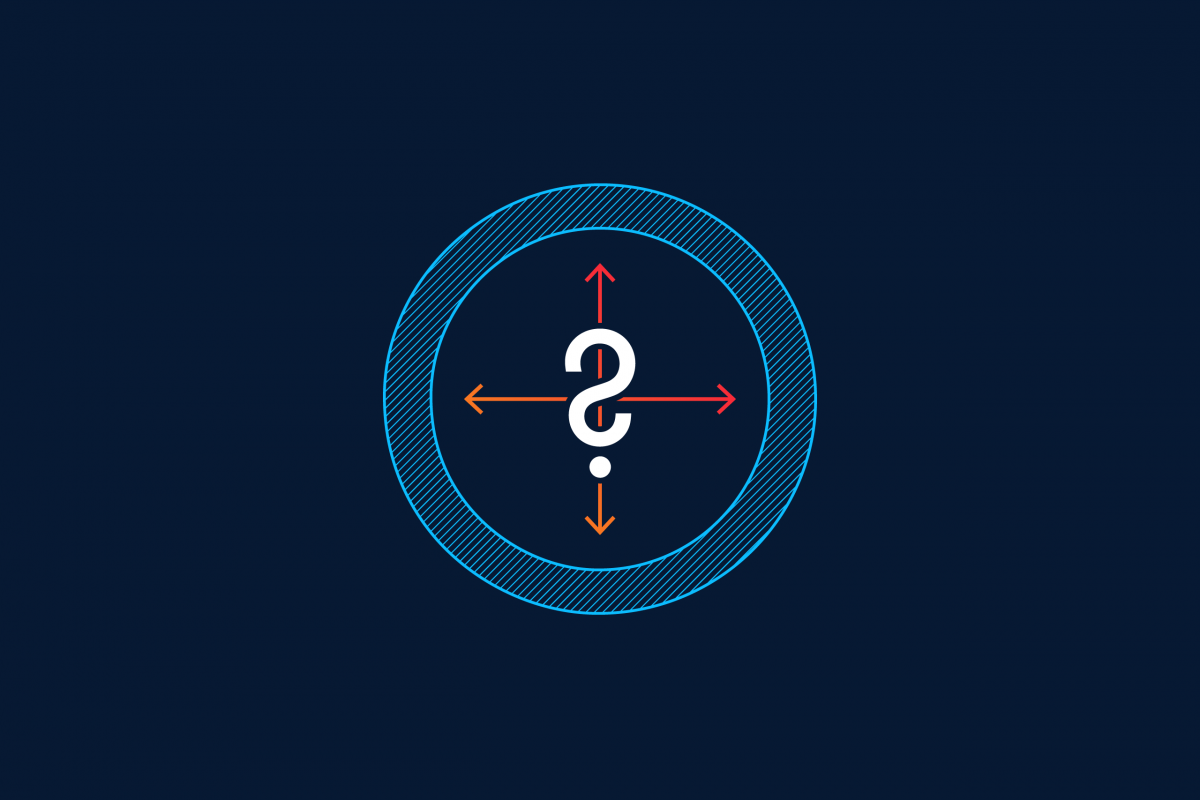 One of the best-known optical illusions is the one affecting our perceptions of horizontal and vertical planes. For some reason, we do not experience these dimensions the same way. It has been suggested that humans, being land-based creatures, and having evolved on the African plains, are biologically conditioned to function in a relatively flat space. Moving around in such a terrain is done mostly in two dimensions.

Also most predators, which prehistorical humans had to contend with, were constricted by the same limitations: our ancestors were in far more danger from predatory cats than from birds of prey. Therefore anything protruding from the relative flatness of the landscape could be of life-threatening importance, and seemed larger than it was in reality.

This is obviously a simple explanation of a complicated phenomenon, but the fact is:

We humans are pretty great in telling how long or wide something is but we are much worse in estimating its height. In fact we tend to overestimate it.

It can be illustrated by this simple image. 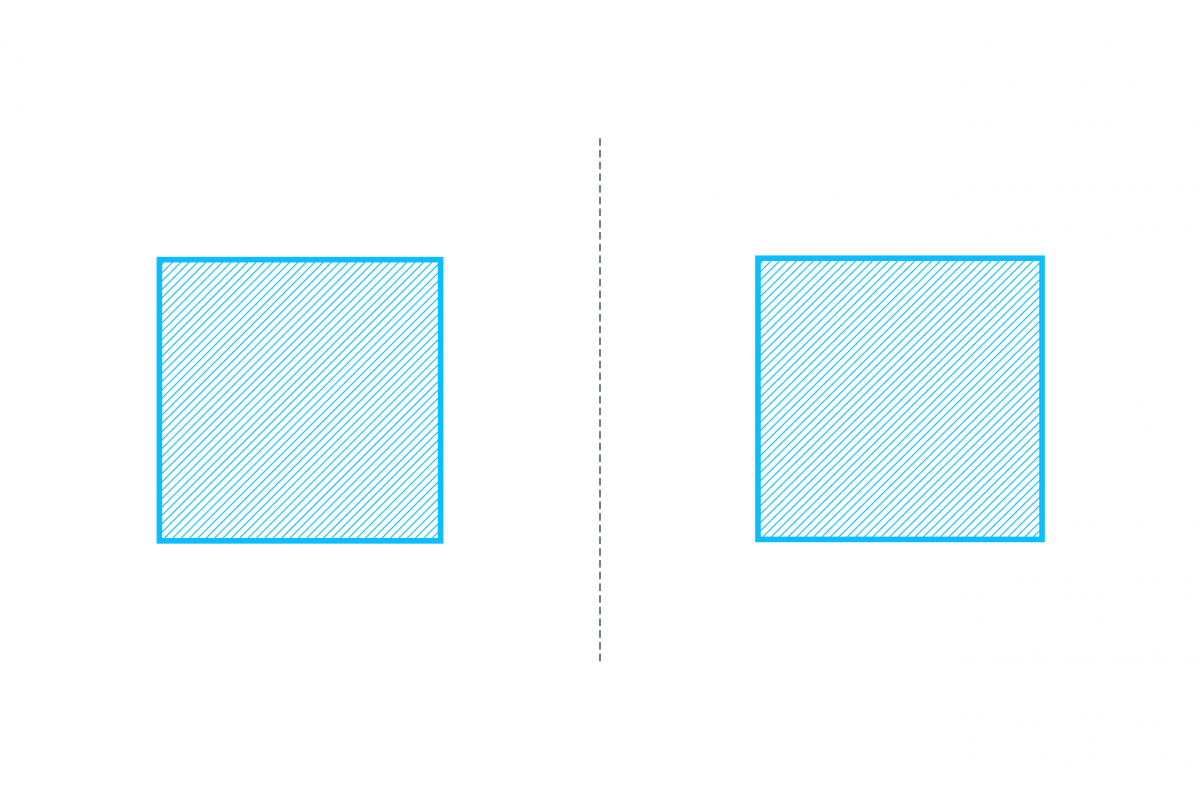 Of these two rectangles one is a perfect square. Left one to be precise. The right one is slightly wider. And yet it seems more symmetrical.

If you are interested in the science, this article, and this video delve really deep into what really happens here.

Obviously, the effects of this illusion on type design (or any design, really) are quite profound. Nowhere is this better seen than in geometric typefaces. Let us take a timeless classic, Paul Renner’s Futura, as an example. Here is Futura’s O glyph: 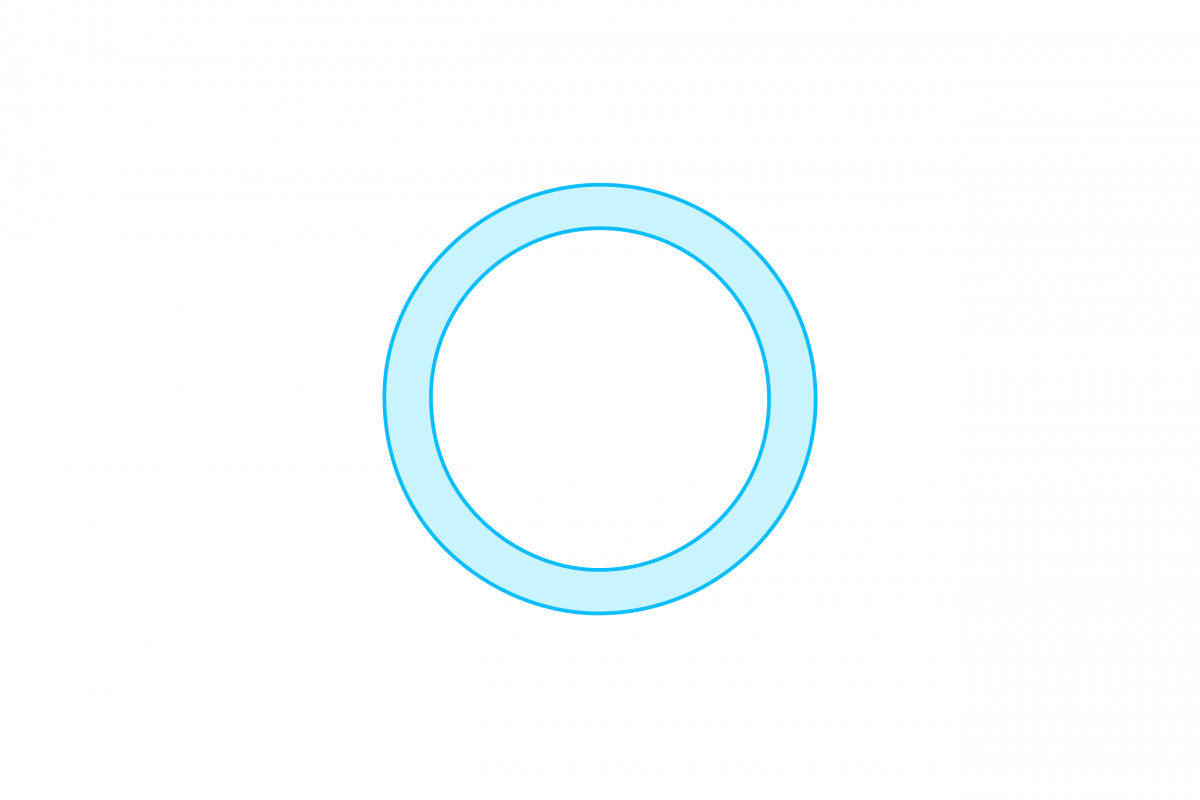 It seems perfectly round. But, you guessed it, it really is not. Paul Renner planned Futura to be consisting solely of simple geometric shapes, but later he introduced a handful of optical corrections. The O is actually wider than a perfect circle by 0.6%. 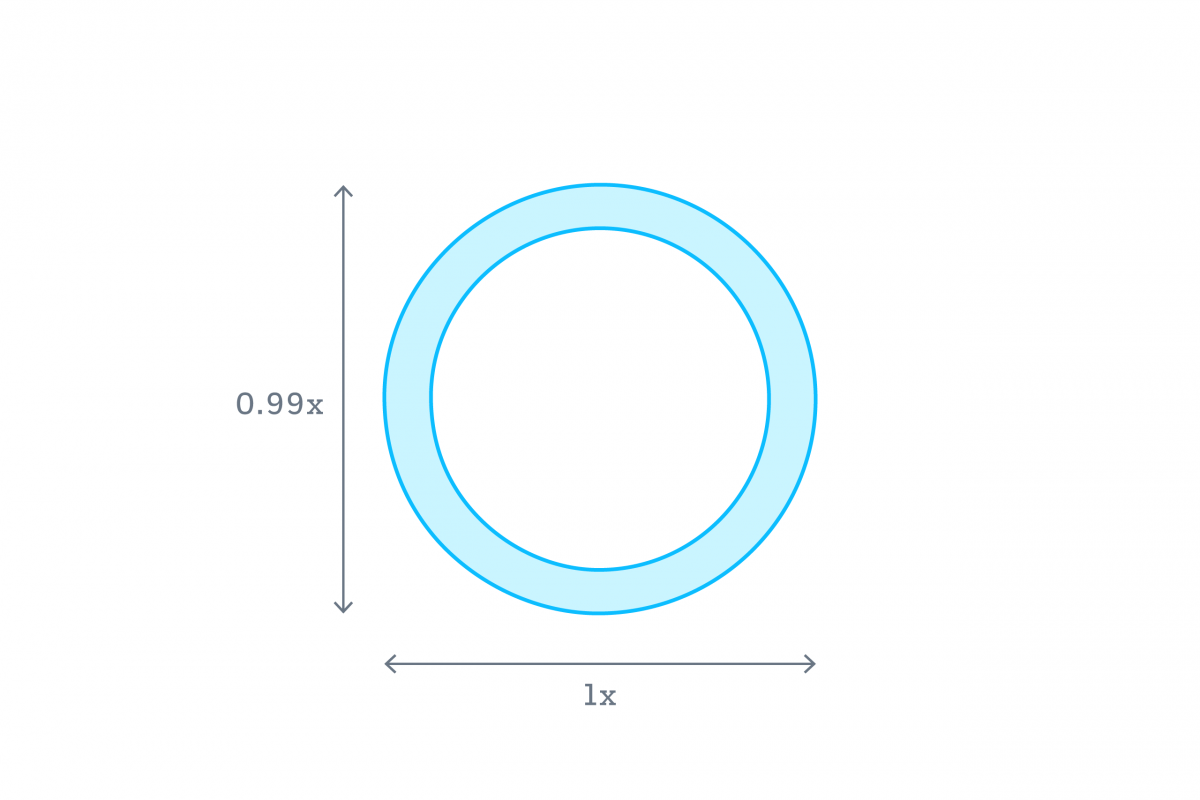 What it means is: all these beautiful images on Behance, bragging how the design rests on a grid of perfect circles… You can put them all in trash. But in all seriousness:

When designing a logo with a square or a circular element, you might want to consider widening it a little to compensate for our brains’ inability to cope with heights.

The Vertical – Horizontal illusion influences one other facet of type design: stroke width. Every self respecting typeface has an optical correction made, widening slightly the vertical stems to appear the same thickness as the horizontals. In Futura’s O the sides are wider than the top and bottom by about 7.6% (I am using URW’s Futura). 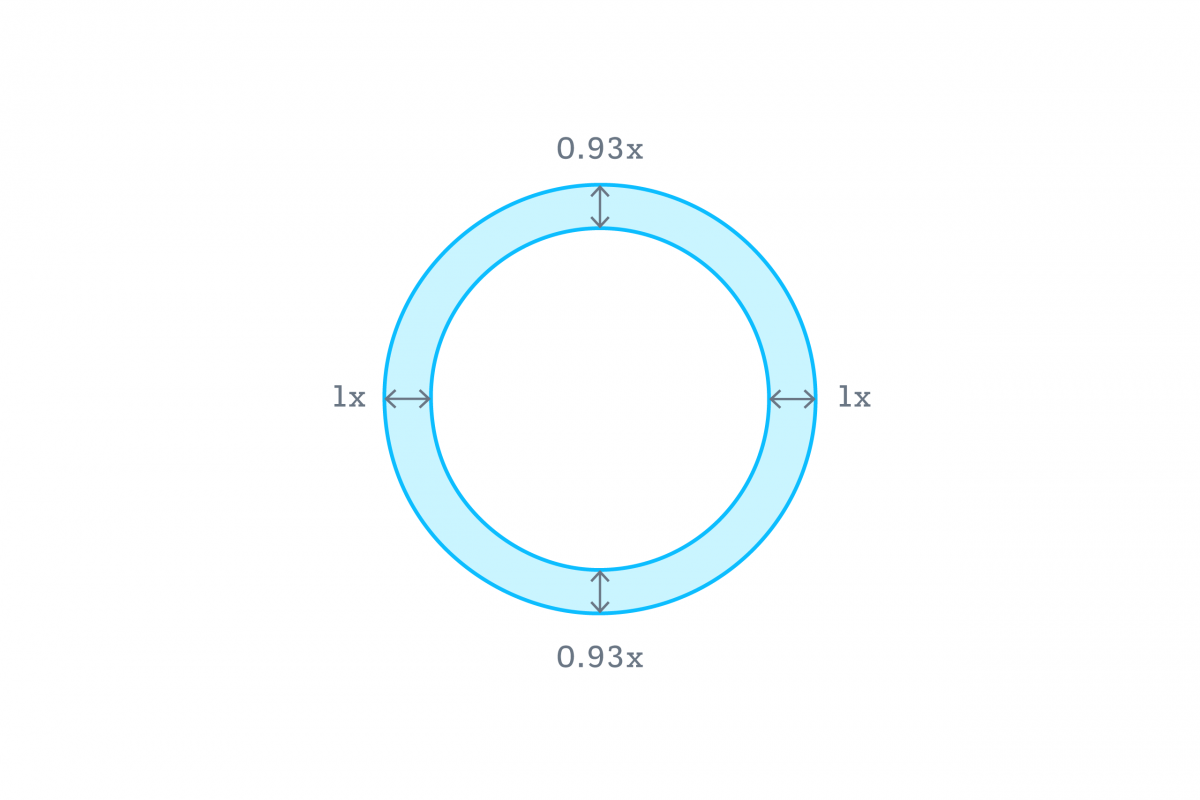 As you can see, this quirk of human perception has a real impact on type design process. It would actually be impossible to create a well-crafted sans-serif without paying attention to the height-width ratio of glyphs and their strokes. In poorly executed typefaces bad proportions and thick horizontal lines are often among the first red flags. In professionally designed type, the correct relationship of vertical and horizontal is among the most basic rules.

Of course all rules are meant to be broken, and many savvy type designers do just that. But this is a topic for another article.