There are three basic shapes in type design. A square, a circle and a triangle. Most, if not all, glyphs’ designs can be based on these three shapes.

An H for instance clearly has a square in its skeleton. An E in classical Roman proportions is comprised of two squares, one atop the other.

An O is quite obviously based on a circle, and an S could be described as two circles intersecting.

A triangle is used as a foundation for glyphs such as A and V, and also M and W. 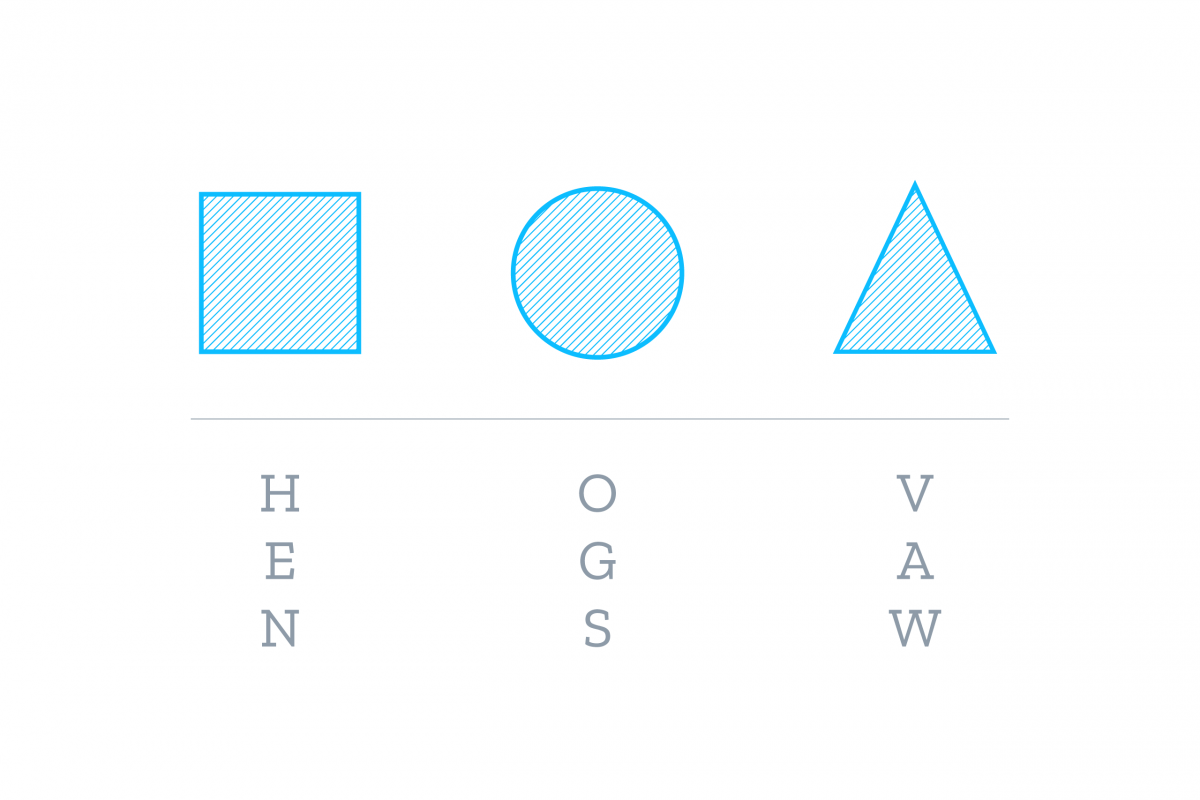 When setting type all glyphs of a typeface appear on a page (or screen) ordered a certain way. They are really resting on a sort of a grid. This grid comprises of many lines, like the x-height line, or the ascender line.

In this example though, we will consider only two: the baseline and the cap-height line, between which most of the capitals lay.

A square-based glyph, like an H, will have its stems resting on the baseline and reaching the cap-height line at the top. 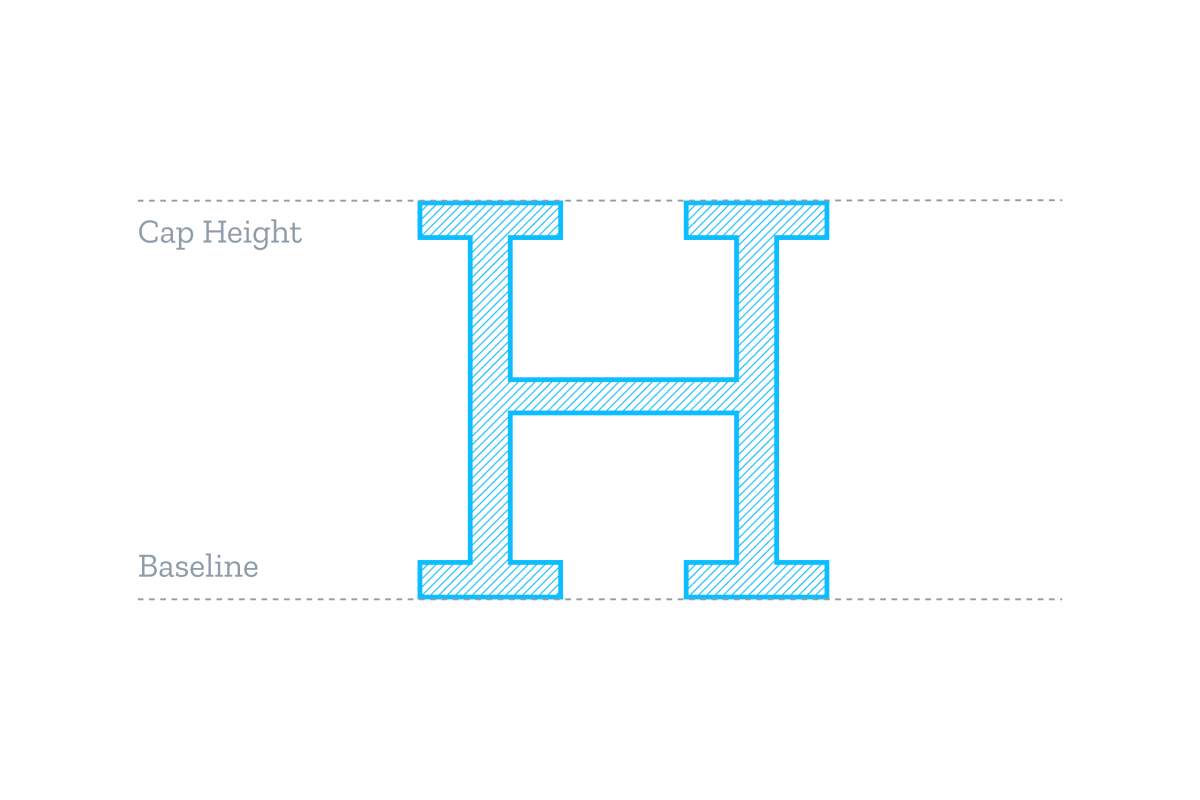 Now if circle based glyphs, like an O, obeyed the same rules we could place them comfortably between the baseline and the cap-height, expecting to see a shape with the same height as a square. That would be wrong.

A quirk of human perception makes circles look smaller than squares of the same width and height. To counter this type designers have to utilise optical corrections: they draw circle-shaped glyphs slightly bigger than their square based counterparts. This makes them protrude slightly beyond the baseline and the cap-height line.

These small protrusions are called overshoots, and are actually very important for the legibility of a typeface. You can easily spot an amateurish typeface by checking if the designer remembered about proper overshoots.

Triangle based glyphs are in much the same situation as the circular ones: they also seem smaller than squares with the same dimensions. Therefore overshoots are also needed here. For very sharp tips, like in some geometric sans-serifs, the overshoots should be quite considerable.

Not all typefaces and will have overshoots of exactly the same size. Generally the bolder the type, the more pronounced the overshoots.

All these rules, just like in previously covered illusions, are very much applicable outside of the typography realm. For instance when placing circular elements on any type of grid, you should always provide them with decent overshoots not to appear shrunken. Also in geometric compositions ellipses and triangles need to be slightly bigger than squares and rectangles to appear the same. 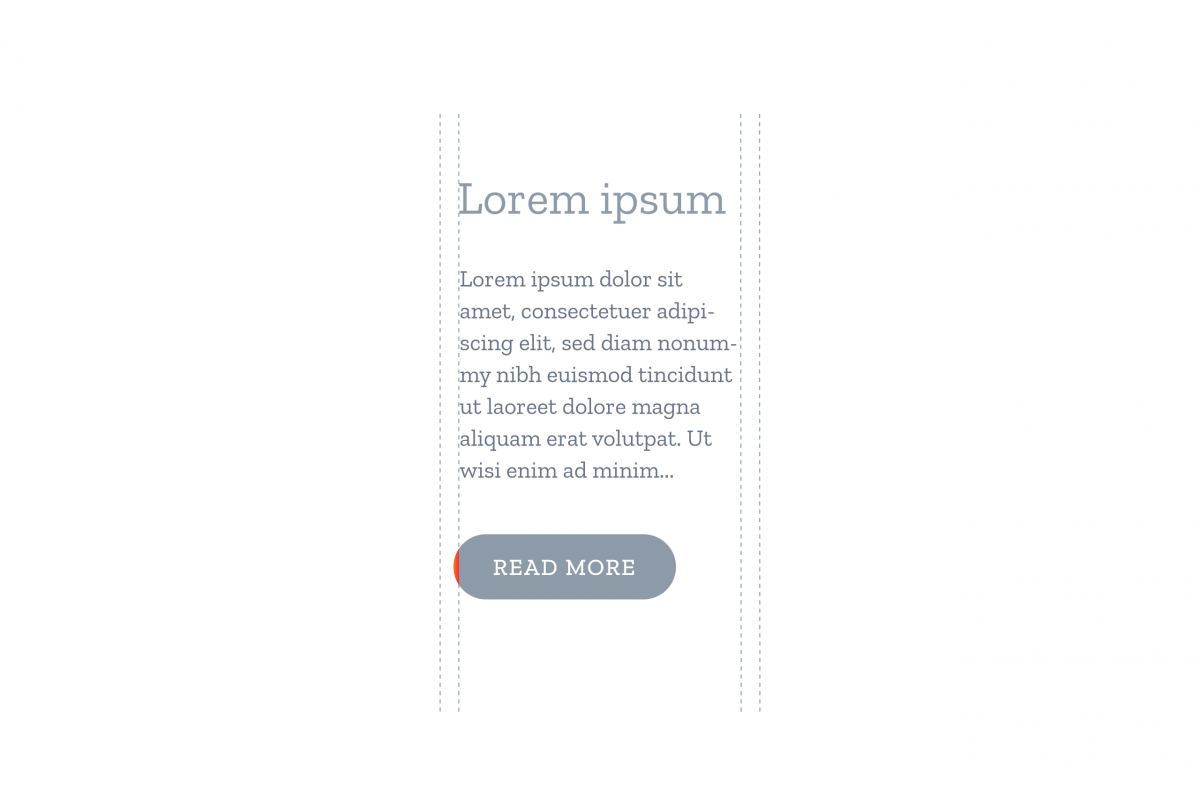