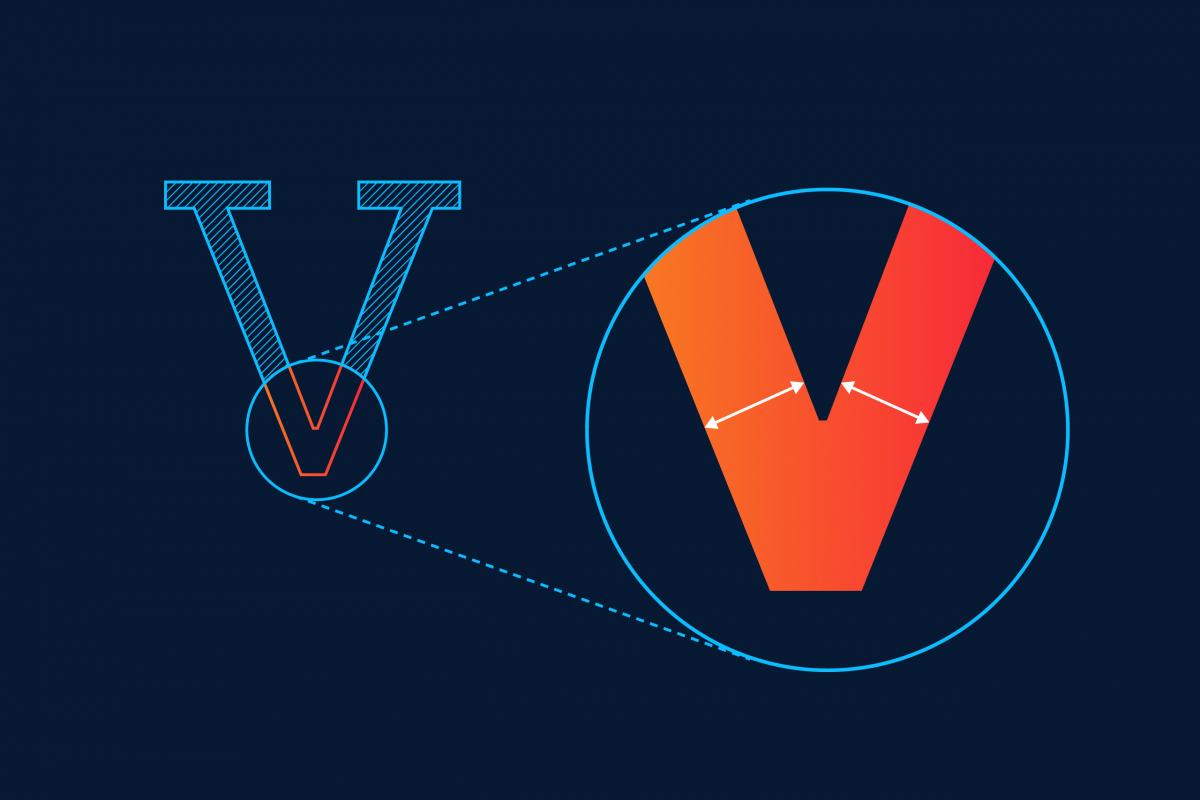 This article will be short but a fun one. I would like to tell you about an illusion which is very prevalent but rarely talked about. I have managed to find only one mention of it in a great little book called Detail in Typography by Jost Hochuli. And yet almost every sans-serif typeface utilises this strange optical effect.

A bit of history

To understand what we are dealing with, we have to go back to serif typefaces. Actually to their ancestor: the Roman capitalis quadrata, best known as the writing on Trajans column. It is a common misconception that this monument of ancient epigraphy owes its perfect shapes to the method of its creation: stone carving.

Inscription on Trajan’s column | Via codex99.com

In fact before mason’s chisel ever touched the stone surface, a skilled calligrapher painted the signs, probably with a flat brush. Only then could the carver begin his work.

Using a flat brush, or a broad-nibbed pen, for writing produces some very characteristic effects. You obtain the thickest line by moving your utensil downwards and right. And the thinnest line, by analogy, by going right and upwards. Obviously these two effects will be very prominent in a glyph containing diagonal strokes, like V. 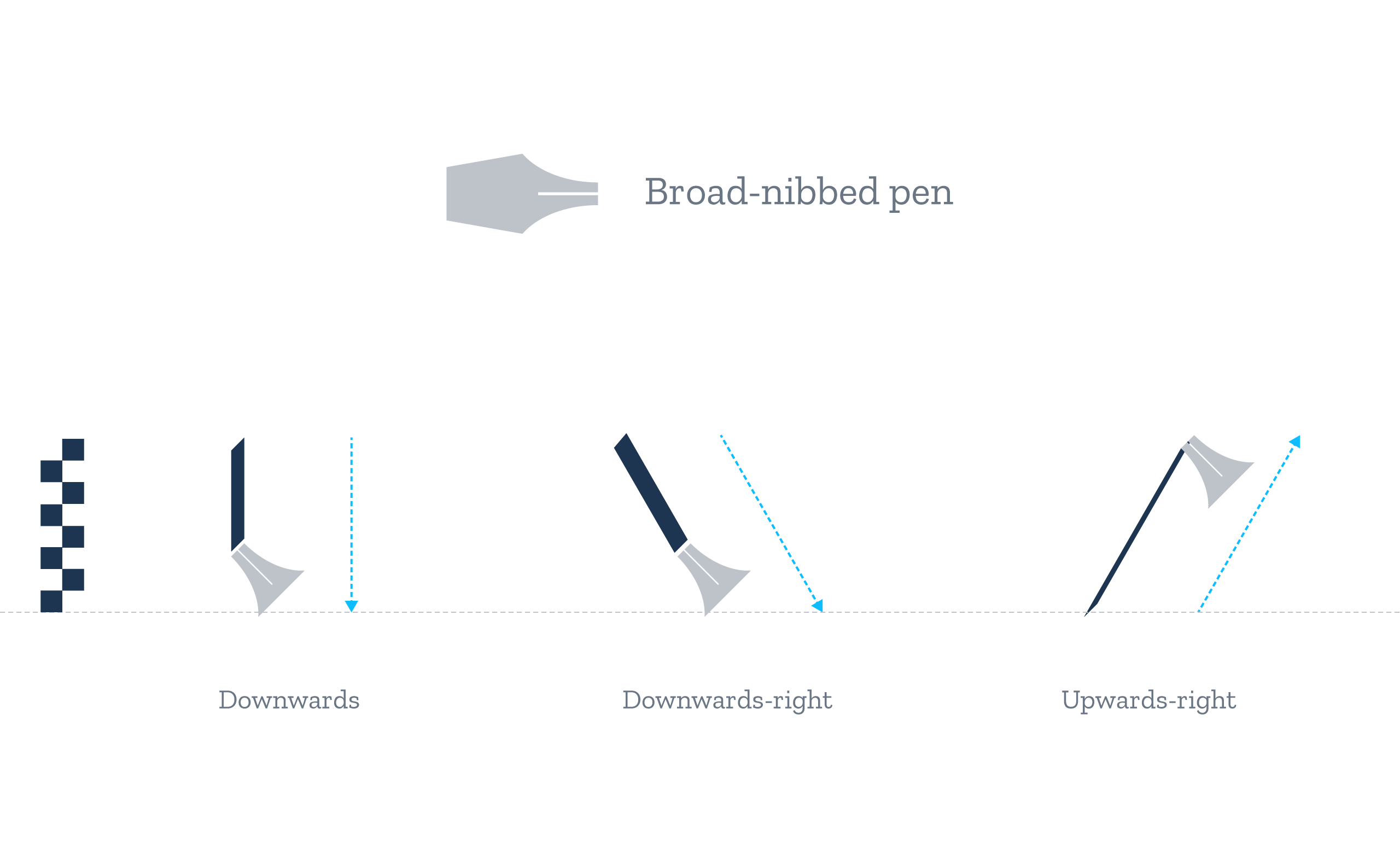 Early print was heavily influenced by medieval calligraphy, and so it inherited its calligraphic strokes thickness variations. It has carried them over through the centuries, even taking somewhat extreme forms with didone typefaces.

What is most interesting, is that the practice has not ceased with the invention of one element sans-serifs. I have checked a number of typefaces, and the phenomenon is still very present, albeit in a diminished form: the downward moving diagonals are thicker than the upward moving.

Here you can see this effect illustrated on Zilla Slab, which is a typeface I use on this page: 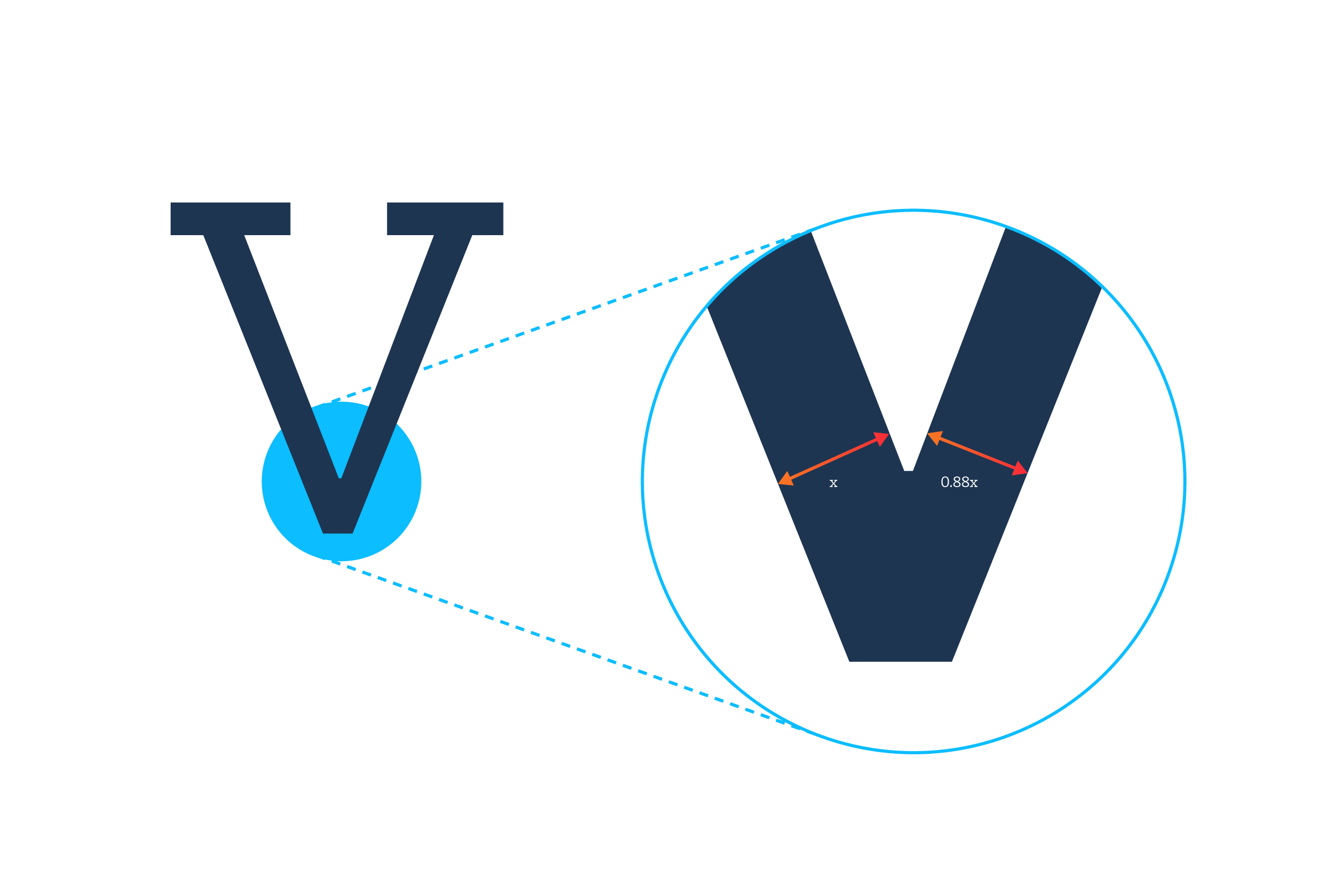 You should see quite clearly, that the right leg is in fact thinner than the left. And yet you see this difference only when you know it is there. It seems we are so accustomed to diagonal lines having different thickness, that our brains have learned to expect it, even when there is no real reason for it.

And if Zilla Slab does not convince you, how about some of these classics? 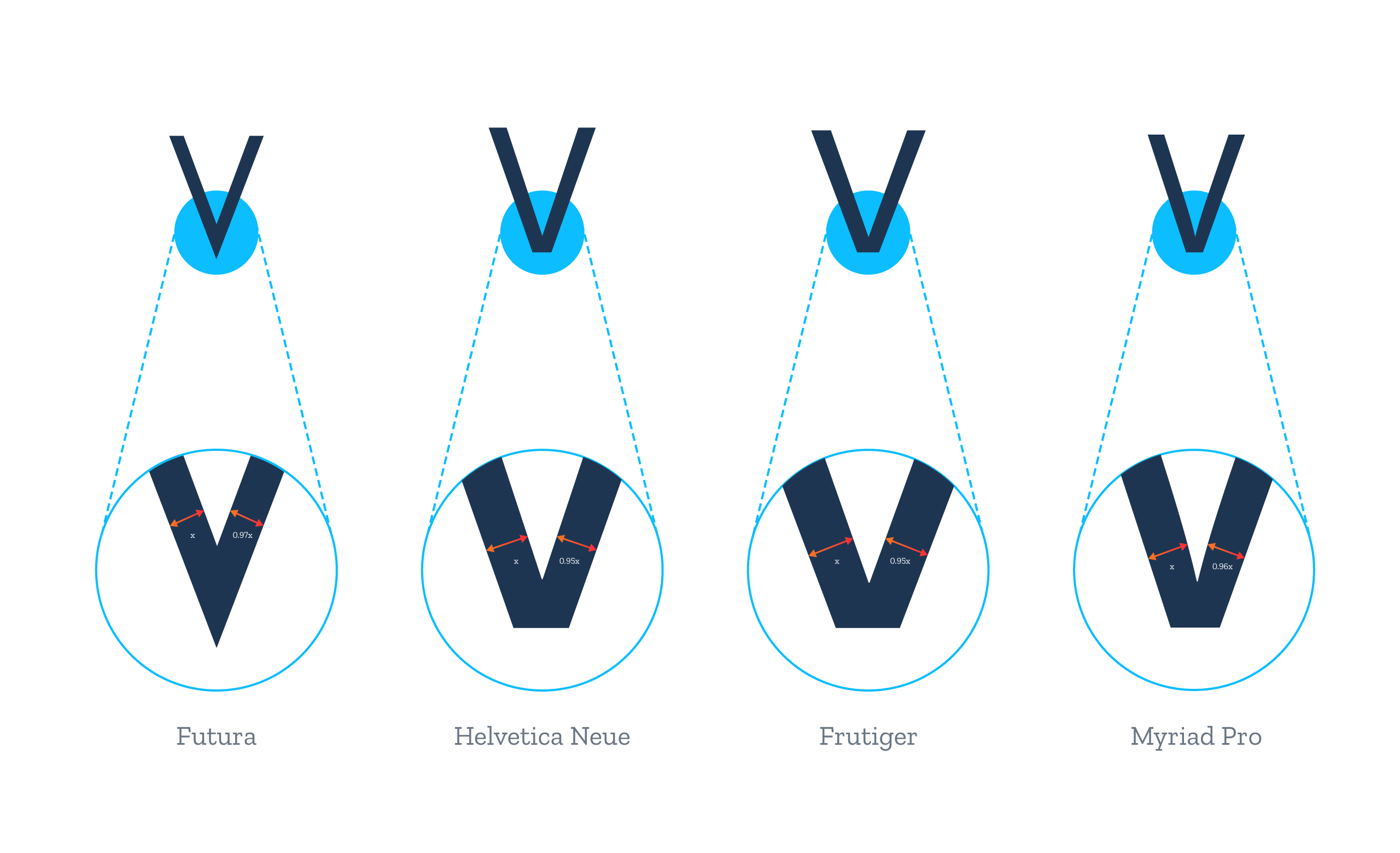 The measurements are approximated, but they illustrate the point: there is a definitive contrast between downward and upward diagonals.

How is this useful?

Obviously this illusion can be very helpful when drawing typefaces. Designing a /V with both legs of the same thickness could lead to it being perceived as having the right leg thicker. I have not found information if this applies outside of typography realm, however. It is entirely possible that this illusion is simply a legacy of two thousand years of writing, and is only relevant where a typeface is concerned.

A really obscure fact is that this illusion is sometimes, if rarely, used to regulate the thickness of /U stems. A /U glyph is actually a variation of /V, so in serif typefaces these two look quite similar. Except for the sharp vertex. This similitude has carried over to some of the sans-serifs, like Franklin Gothic below.