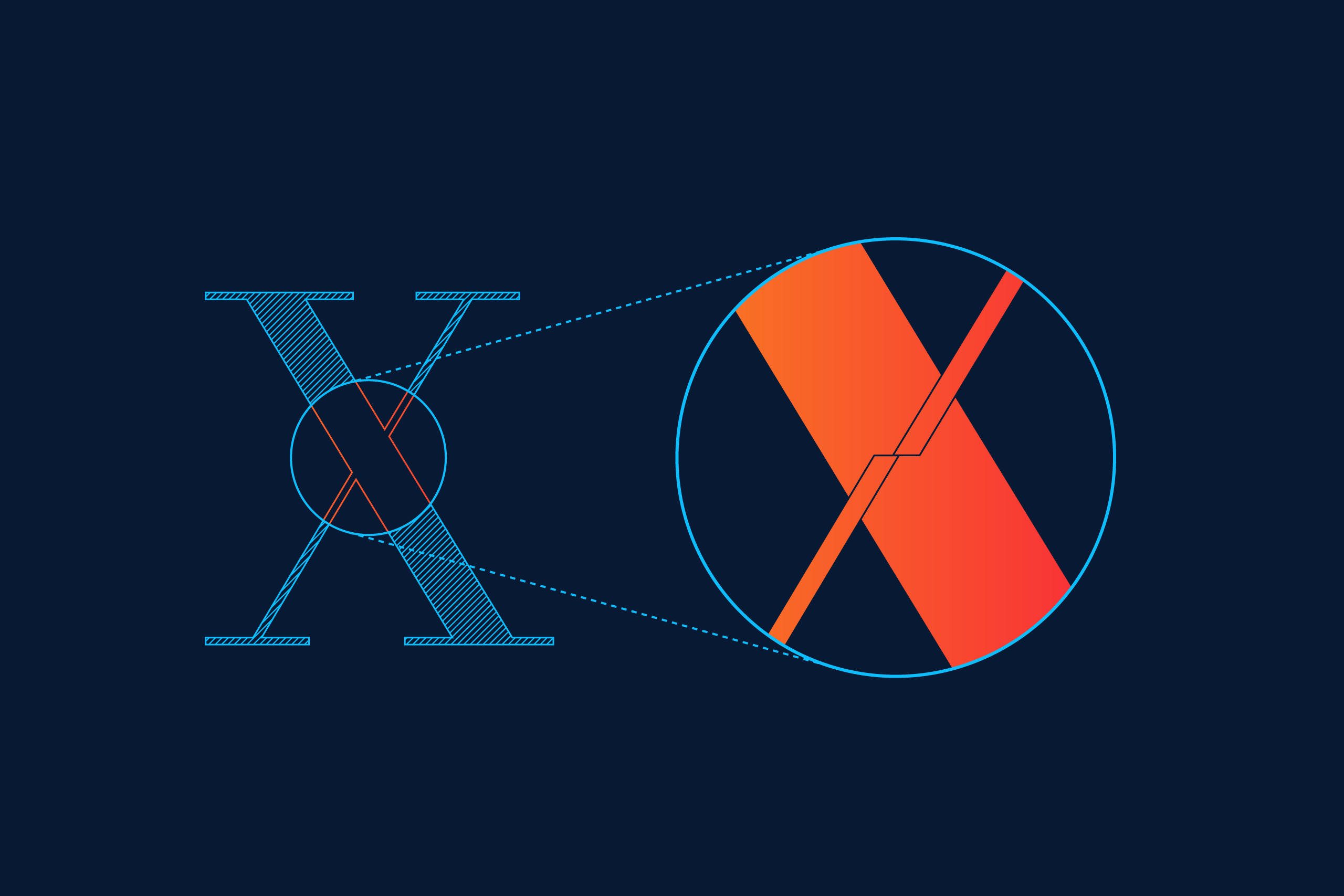 In Latin alphabet there are not many intersecting lines. By and large strokes tend to end when encountering one another. However there are exceptions to this rule. The most obvious appear in /X and /x. What is worth noting is that diagonals of these glyphs only rarely cross at right angles: the lines of an /X are, in vast majority of cases, steeper than 45°, which causes the angles of the intersection to diverge from 90°.

This makes the /X a victim of the, so called, Poggendorff illusion. It is a strange phenomenon, that distorts our perception of shapes intersecting at angles differing from 90°. Our minds, for some reason, have trouble extrapolating a line partially covered by another shape. And when two lines cross at an angle diverging from 90°, their continuity seems interrupted. 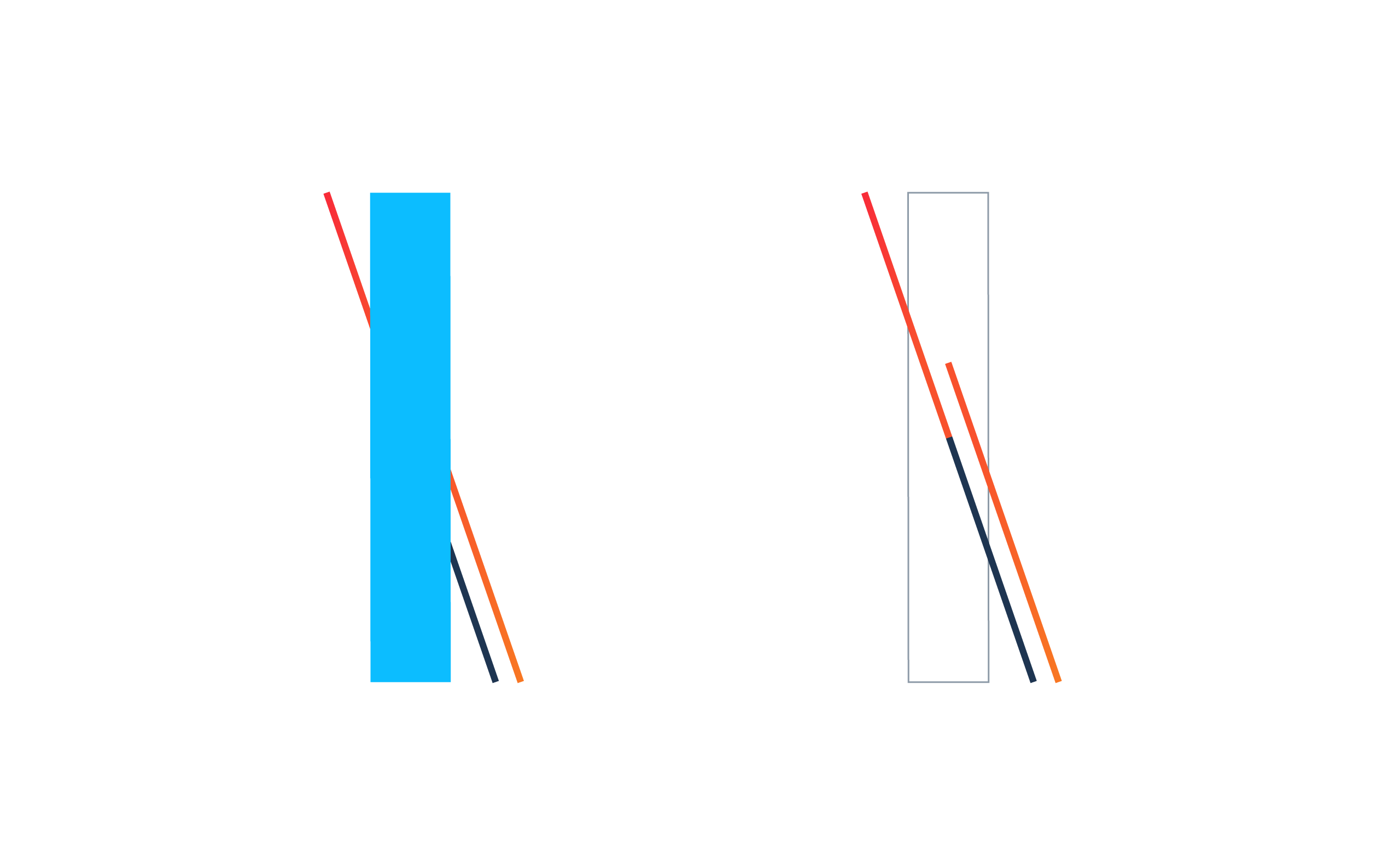 Intensity of this effect changes with contrast and angle of the intersection.

In the image below on the left you can see an /X, constructed by simply intersecting two straight lines. The effect seems awkward, forcing us to check every other second if the diagonals are really continuous. Because, although we know they should be, they sure do not look like it. The lines of the /X on the right are slightly offset, which makes it seem more natural.

It is not exactly clear, what causes the Poggendorff illusion. There are a number of hypotheses trying to explain it, such as acute angle expansion hypothesis, which states that we perceive angles smaller than 90° as bigger than they actually are. You can read more about it here.

Since most people are susceptible to this illusion, type designers resort to optical corrections to rectify the problem. In the case of an /X (and /x) the diagonals are usually slightly offset, to compensate for our faulty perceptions.

The degree of the offset varies from typeface to typeface. In the image above DIN and Frutiger both have a considerable offset. Futura has only a slight correction. In Gill Sans the effect is so minute that it is hard to tell if it really is an offset or just tapering of the joint.

The /X and /x glyphs are the main culprits of the Poggendorff Illusion in typography, but it is by no means limited to them. It can easily occur in some forms of /Q and /W, as well as some italic forms of /p. An ampersand can also harbour some degree of the illusion.

Obviously the impact of this illusion is much wider than type design. In any project, where there are lines crossing at angles other than 90°, you would be well advised to pay attention to the intersections. If you wish for smooth, continuous lines, you might be forced to offset them slightly.