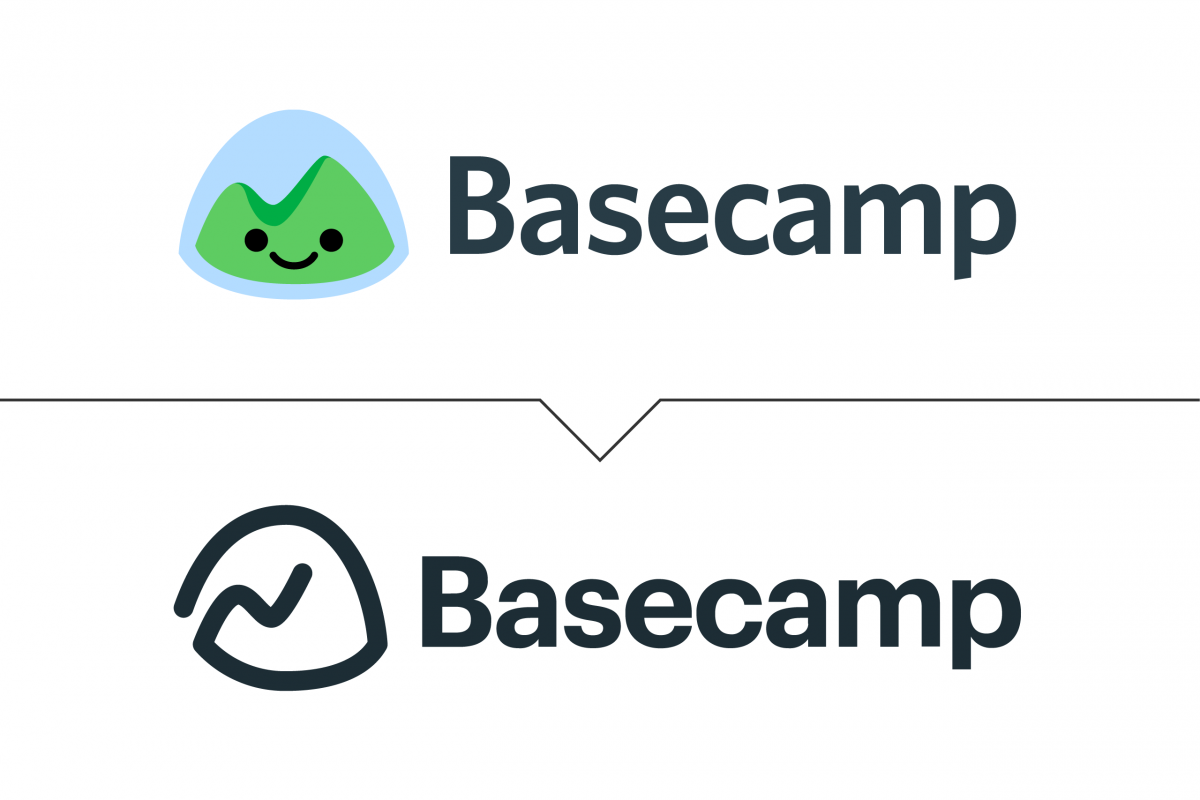 Many of you know this brand, as Basecamp stands among the most popular project management apps currently on the market. BC’s website boasts 3 million accounts already signed up, and, I can attest, for a good reason. Basecamp’s functions are highly intuitive, and any cons I could point out are few and far between. Me and my team have been using the app for around two years now, and it has been a joy. One of BC’s qualities used to be that the creators were always very forthcoming about any upcoming changes. We have virtually never been surprised by anything, negative or positive. Until now that is, because a few days ago Basecamp performed an unannounced re-branding.

Changes include a new icon, and a new word-mark. I will do my best to review them from a typographic standpoint.

Usually in this segment I will not be talking about the graphic side of a logo, but this time an exception has to be made. The new icon has been stripped of any details, leaving a bare, black-on-white mark. It is so frugal, that the quality of the bezier curves is really visible. And if curves are on full display, type buffs simply have to check them out. So I did… and it is bad. The arches at the top and at the bottom are lumpy. At the bottom the curve actually looses all roundness, creating a big flat area. 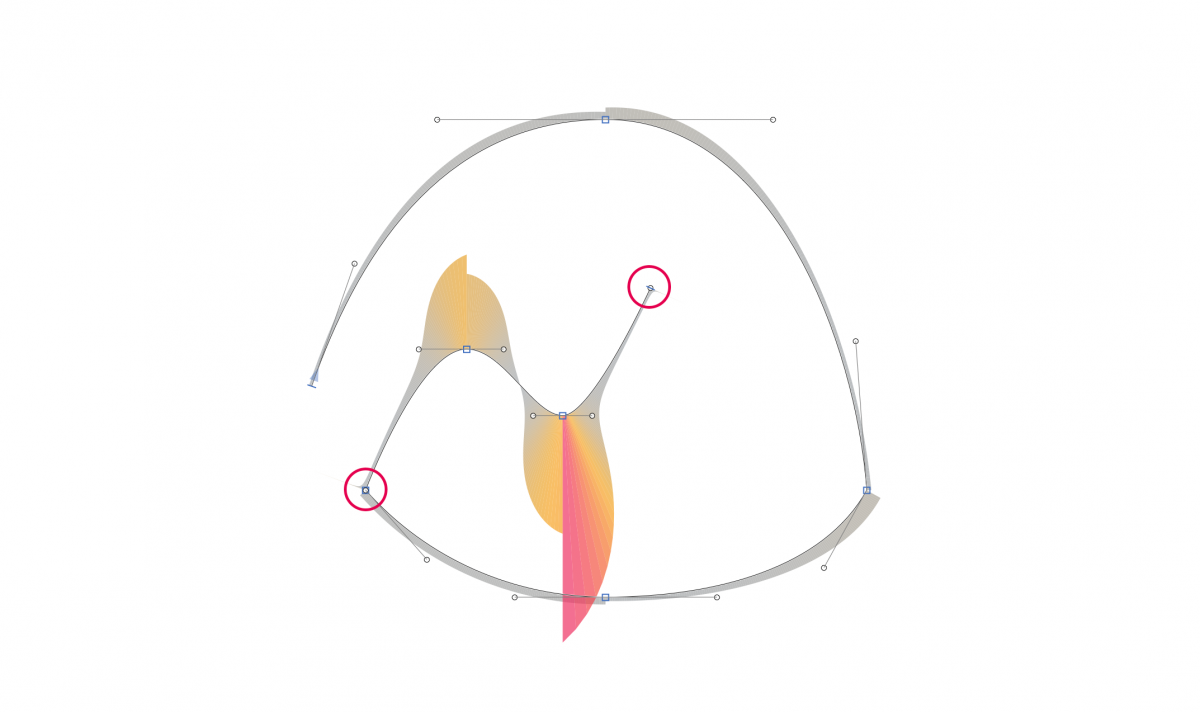 BC’s icon’s curves highlighted with Speed Punk. The differences in thickness of the highlights indicate that the curves are not smooth. Circles show points with missing handles.

The joints seem neither rounded nor sharp, which creates confusion. The reason for this is because no one actually took time to work on them. The outer borders of the icon were actually made by applying a stroke. This is acceptable as a sketch for a logo, but as a final design, this is simply sloppy work. The shape of the icon being stroked also means that verticals and horizontals have the same weight.

You might say I am nitpicking. And, fair enough, things I write about are not visible at small sizes. But if someday someone decides to print the logo on, say, a conference stand, these details will come out in all their doubtful glory.

The wordmark has been changed. The previous version utilised Whitney typeface by Hoefler and Co. It is gone now, replaced with Graphik, by Christian Schwartz, also used throughout the app and BC’s website. There is nothing wrong with it typograhy-wise. It actually seems to be a pretty popular Helvetica look-alike, with some big names using it (Accenture). You might argue it looks a bit bland, because typefaces of this kind have been heavily overused over the last couple decades. But it is pretty subjective, so let’s leave it there. Also, if a typeface is used throughout your company’s visuals, it is often a good idea to use the same font in your logo. So I get where this is coming from.

Still, the grotesk typefaces, like Graphik, often have the problem of poor legibility in small sizes. Fortunately Basecamp dodges this bullet by displaying the logo pretty big on the screen.

Kerning is pretty tight, but it is a common, if unnecessary, practice in logos.

What really bugs me though, is the interplay between the wordmark and the icon. You see, the old typeface was quite quirky, with diagonal lines pointing in every direction. This created a consistent dynamic with the mountain visible in the brandmark.

The new typeface, Graphik, is all about being horizontal, with flat stroke endings and some sharp corners. Knowing that, you could go two ways with the icon: contrast or similarity. With contrast you would highlight the curves and roundness. With similarity you would make the corners sharp, and add some horizontal movement. The icon does neither, so you are left wondering what was the purpose here.

Also even with horizontal alignment, the old logo does a better job.

And there are some details overlooked. Once again: invisible when small but it will stand out when enlarged.

I will not lie: I am not a fan of this change. I kind of liked the old logo, and some time will have to pass before the change sinks in. I won’t get into the discussion on whether the minimalist approach is good or bad. I think that as a trend it is getting a bit old, but there are still a lot of brands putting minimalism to good use. Deutsche Bank comes to mind as a timeless classic. DB’s logo in its old form, with a wordmark, is actually pretty similar to what Basecamp seems to have been aiming for, but better. Like someone actually had the time to think about he was doing.

It looks like the design has been done in a hurry, as all of the problems I have pointed out could be solved by taking a while to look at the design and think quietly for a moment.

Because what seems to be wrong with this redesign is its rushed nature. The change appeared completely out of the left field, leaving us users scratching our heads. It looks like the design has been done in a hurry, as all of the problems I pointed out could be solved by taking a while to look at the design and think quietly for a moment. It has been suggested that the redesign was done in-house, and knowing the frantic pace which designers often have to function in, it is no wonder the effect is a bit sloppy. As it stands now, the design is simply unfinished.

Thank you for reading through to the end.
If you liked this segment, leave a comment. And if you found it useful, share it with your network. I hope to see you again in another Type in mind.